We are excited to welcome Erinn Leahey, our new Global General Manager of SaaS 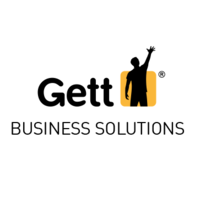 It’s official — a new player has joined our management lineup. We’re thrilled to introduce Erinn Leahey as our new Global General Manager of SaaS, and an exciting addition to our senior leadership team.

Erinn is an experienced commercial leader, and kicked off her SaaS career at Buddy Media, as the VP of International Sales in New York. Following the acquisition of Buddy Media by Salesforce, Erinn moved to Europe in 2010 — and went on to run various business teams as Regional VP in Salesforce’s Enterprise Business Unit.

END_OF_DOCUMENT_TOKEN_TO_BE_REPLACED

Clark Smith partners with enviolo again for Board Member appointment

OYO Vacation Homes has appointed the Dutchman Ruud Smeets as CEO of Traum-Ferienwohnungen. From April 1st, he will be responsible for developing and implementing the company’s development strategy.
In addition to his role at Dream Vacation Rentals, Ruud Smeets will join the global leadership team at OYO Vacation Homes in the role of COO Marketplaces.

Ruud Smeets is the new CEO of the online marketplace Traum-Ferienwohnungen. With more than 20 years of experience in management positions at international level, R. Smeets will concentrate on managing dream holiday homes in order to further strengthen the company’s position in an increasingly competitive environment. In his new position, R. Smeets will be the head of Traum-Ferienwohnungen. The company is one of the leading European online marketplaces

END_OF_DOCUMENT_TOKEN_TO_BE_REPLACED

October 2019 – Clark Smith leads, and subsequently completes, the search for a legal director at OYO UK. James Condie started his role as Director of Legal in London on 5th December 2019.

Cycling component firm, enviolo, has appointed three new department heads to further strengthen its core business pillars, due to a successful first half of 2019.

Peter Kreuder, Richard Hilgart and Koen van der Weerd have been appointed as department heads to lead product and business development within the business. END_OF_DOCUMENT_TOKEN_TO_BE_REPLACED

May 2019 – Clark Smith has assisted in the placement of Gianluca Cocco as Country Manager Italy.